Sowing Hope for the Planet

Saving our Common Home and the Future of Life on Earth

I had the opportunity to participate in the International Conference on the third anniversary of Laudato Sì organized by the Dicastery for Promoting Integral Human Development. Participants came from all over the world, all generations, all walks of life, to be and/or hear the cry of the poor and the cry of the earth.

With ample scientific data, various speakers stressed the magnitude of the crisis. Our Common Home is facing a risk of collapse and with it humanity is facing the risk of extinction. The truth is that planet earth will adjust, as it has in the past. Lifeforms will evolve, as it has until now. But human beings may not be able to survive the planet’s extreme conditions. Remember the dinosaurs.

A poet from the Marshall Islands who travelled for 3 days to attend the Conference became a living metaphor of the crisis we are facing. As she read her poem with deep emotion, she fainted and collapsed.

We know we are causing this crisis and that we are part of the solution. We cannot undo the harm already inflicted. However, it is still possible to limit the damage. But a massive global movement is required.

The time is now. We must do more, better, and faster!

Listen to the heartbeat of God.

Listen to the heartbeat of the earth.

Listen to the heartbeat of the poor.

The house is on fire.

If we don’t do more,

it will burn down to ashes.

I remembered the words of St. Francis of Assisi to his brothers, as he was about to welcome Sister Death: “Up until now, we have done little or nothing. Let’s begin.”

Mother Earth has cancer, her children are suffering, and I am responsible.

Mother can’t breathe. Her lungs, the Amazonian forests, are being destroyed. I am responsible.

Coral reefs are dying. Mother earth is disfigured. I am responsible.

Sea creatures are suffocating in plastic waste. Dying. I am responsible.

I must find a better way of doing things, better, and sooner! We must!

As individuals, some of our actions could be to choose to live more simply so that others can simply live. Simple actions in daily life such as eat less meat, eat locally grown organic food (a choice not always available in an institutional setting), consume less energy, less water, use less or even no plastic, walk whenever possible; compost organic waste; reduce (buy less), recycle, reuse, repurpose…

As an international Institute we travel much and long distances, adding to the increase of carbon dioxide levels that are one of the factors of climate change. How can we walk the talk? Offset our impact by financially supporting organizations working to preserve our common home. Maybe setup technology that could allow us to “be together” without having to travel long distances. We could also – if we haven’t already done so – divest completely from fossil fuel activities. “If it’s wrong to wreck the planet, it’s wrong to reap from the wreckage” we heard at the Conference. Invest in renewable energy: solar, wind, thermal.

Could we set a target? By a certain year, maybe 2030, the MFIC Sisters will be carbon neutral, i.e. we will have achieved a state in which the net amount of carbon dioxide or other carbon compounds emitted into the atmosphere by our activities is reduced to zero because it is balanced by actions to reduce or offset these emissions.

My final thoughts draw me to the greater picture. To the cosmic spirituality. The Spirit of God breathing through the universe during billions of years has evolved it towards consciousness. We are the universe contemplating itself. Would we be the end of evolution? Would the universe really stop evolving us, a creature now capable of destroying itself by destroying its own home? The Spirit, always creating something new in the universe, is more than likely to evolve us into someone better. It always has. It always will. And this is the work of the Cosmic Christ breathing his Spirit into the Universe.

To continue our reflection and motivate our actions, maybe we could read again Pope Francis’ Encyclical Laudato Si and his address to the participants at the Conference. 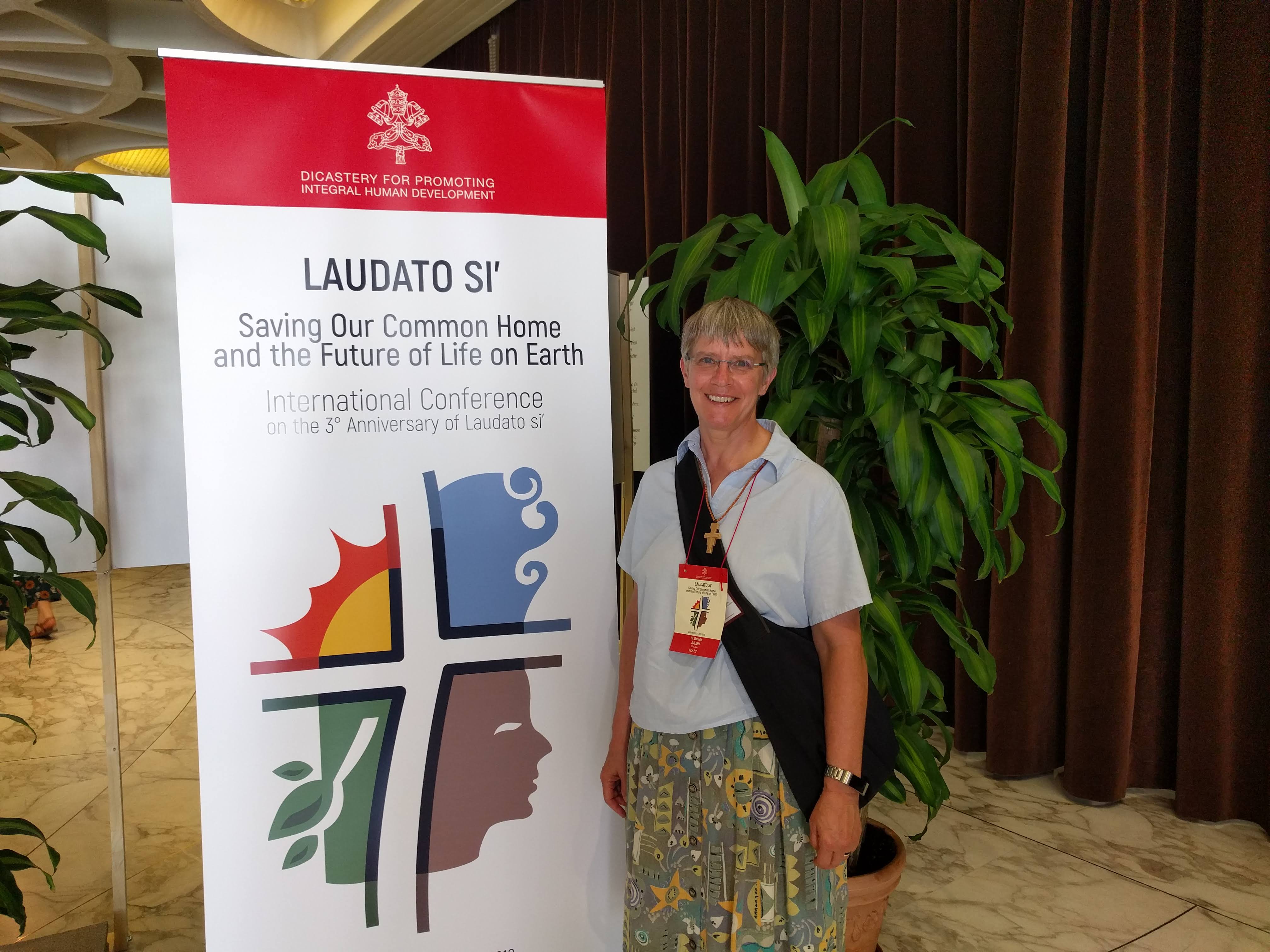 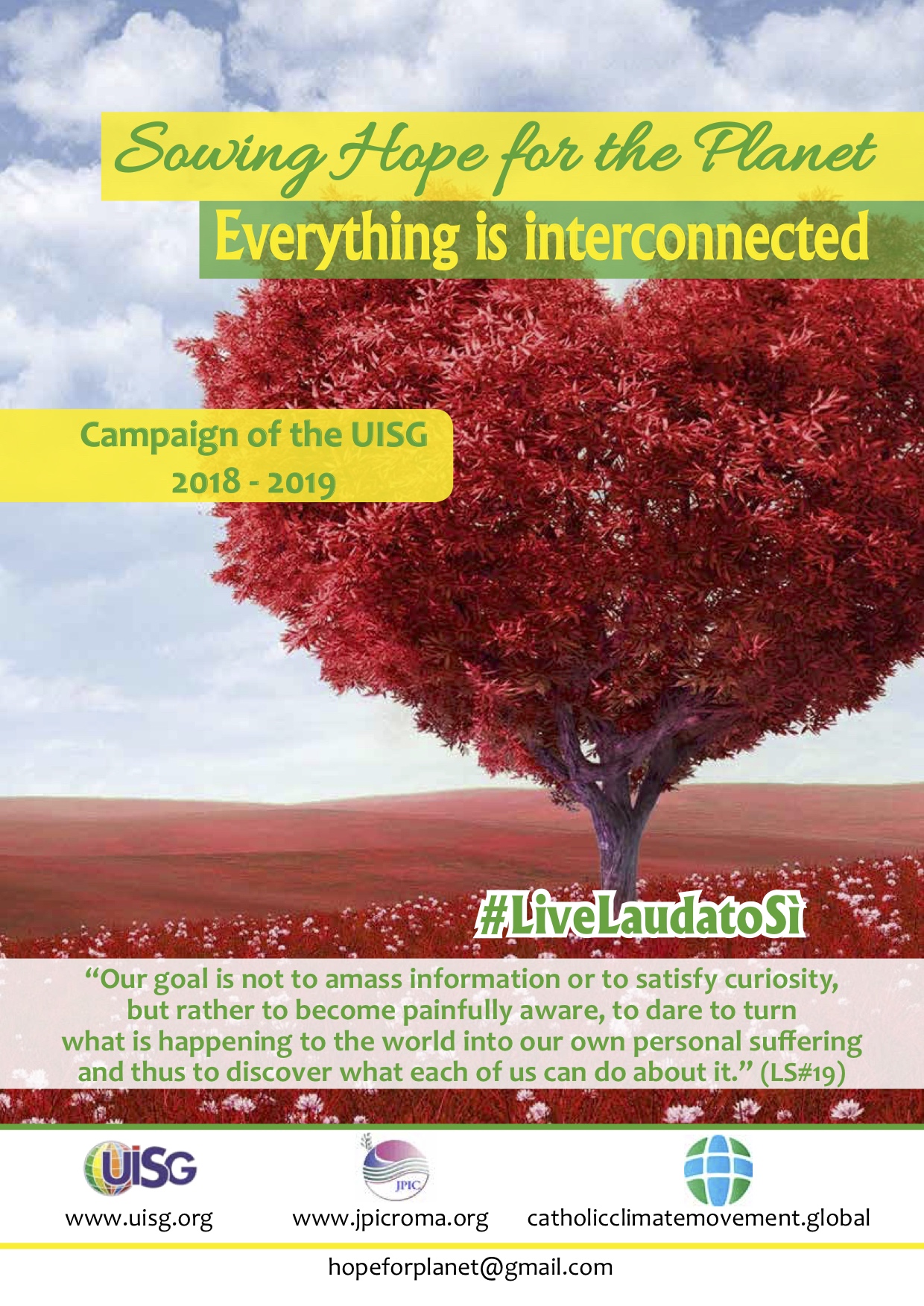