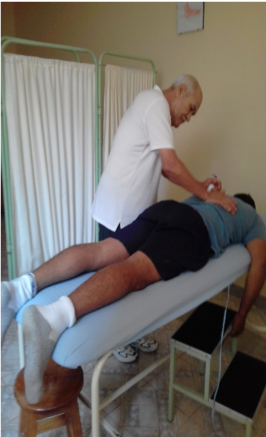 The Pastoral Center of St. Francis of Assisi, formerly called Shekina, as we know this center was in the process of being handed over to the Archbishop for a year and a half. In the assembly of the circle that took place in Bolivia it was decided to reopen it, but before putting it in execution the maintenance of the Infrastructure was done since the walls had been unpainted, rusty iron door, electrical system, hygienic services and other things more by the phenomenon of the coastal child. Thanks to the Generalate who supported us with money to make all the arrangements we mentioned, we need to make arrangements, but little by little we are. 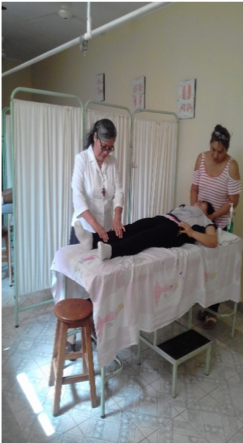 We started the mission in October 2018, doing Reflexology, massages, cold and hot water contrast, lymphatic drainage, Healing touch. People know that the center is made for healing and healing through alternative medicine, are coming people with paralysis who are affected the face, leg, or arm etc. etc.. During these two months we have two experiences of people who have come very badly and during a treatment of three weeks have come out 90% well, the center has two massage tables, two Korean beds, three exercise bikes, one for lifting weights, these bikes and other machines is help for patients, when they are already resorting can complement their treatment with exercises, we have three volunteers who collaborate in the center: Mrs. Hilda who helps us on Thursdays, Mr. Raul helps us on Mondays and Fridays and Ms. Veronica all week.

The Center is also used for retreats, days, conferences, since it has a large hall with capacity for 60 people, in these two months was used by the parents of Family Catechesis, and the Charismatic Renewal group, also made an ophthalmic campaign, there is a small department for women affected by human trafficking or abuse by their husbands, Ombudsman came to ask us to continue with this mission. We said yes. And we will continue with that mission. 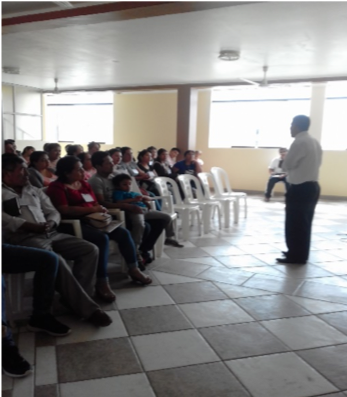